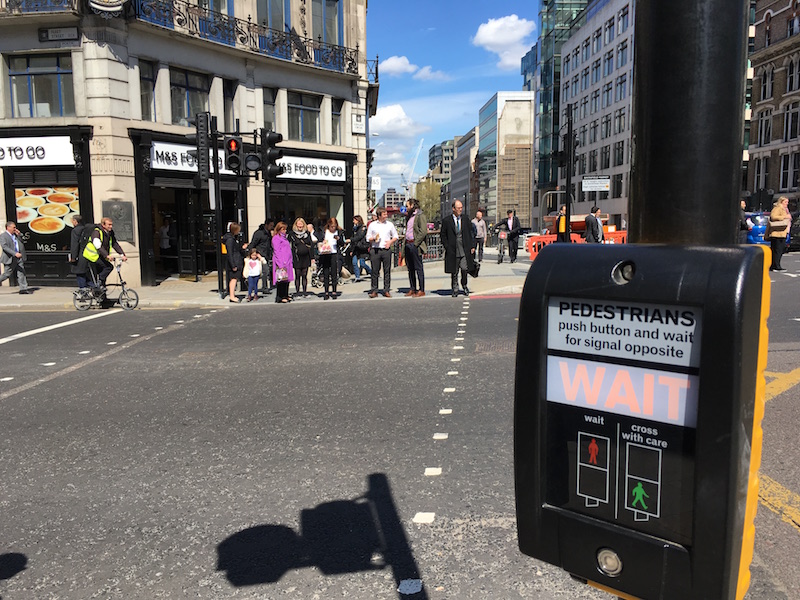 If you’ve been around Ludgate Circus or Blackfriars in the last few months, you’ll know it’s been a bit of a construction zone.  Things are starting to look a bit more finished now and we have some changes. Starting around last week there were new pedestrian crossings at Ludgate Circus and Blackfriars.

Ludgate Circus was always a bit weird in that there were lights at one crossing, at New Bridge Street, but none of the others. Now there are lights for all the pedestrian crossings and it is confusing people. The traffic flow has been greatly altered and you don’t get the same breaks in traffic that you used to. Instead it’s now constant road traffic until the pedestrian lights go green at all four crossings at once.

People are creatures of habit, which means I’ve seen loads of people nearly get run over as they try to dart between the traffic. I’ll admit that I like playing a bit of Fleet Street Frogger as much as the next person, but it’s nice to be able to (if you’re quick) cross over two streets at once when all the lights go green.

Meanwhile, it’s a similar situation down by the Blackfriars Pub. The new crossing goes between the pub and Unilever House on the other side of the New Bridge Street. In addition to this, the traffic flow has changed all around Blackfriars, resulting in the same problem of people nearly getting run over quite a bit because of the new flow of traffic.

Looks like the new cycle lane is open on Blackfriars Bridge, but it doesn’t extend up New Bridge Street just yet. Once it does, I may even be tempted into making my way to work on two wheels.